By the end of August TIS was welcoming guests from Uganda. After five years the project leaders of the charity organization Kangala e.V. visited Germany again and used their stay for a friendly exchange with the donors, members, sponsors and supporters of the project. 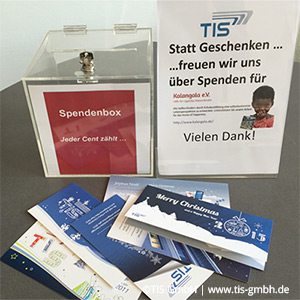 For more than a decade now TIS is engaged with Kangala e.V. from Bocholt.
For instance, we do not buy christmas presents for our clients and use the money to support Kangala e.V. instead. We also communicate this in our annual Christmas greeting card to our clients.

On August 30, 2016 director Margret Katende and school social worker Max met with three bord members of Kangala e.V. at the TIS headquarters for coffee and cake.
They were very interested in sharing their experiences with the supporters, without whom their work would not be possible. So they finally got a chance to personally say thank you and to report on the challenges ahead.

The two reported about the current developments on-site, but also had a lot to tell about the background of their work. To compare the trainings in Africa and in Germany, Tobias van der Linde - our apprentice in his 1st year - reported on the dual education system in Germany.

In Uganda on the other hand a training rather takes place directly in the production facilities. The "apprentice" has to buy and bring his own tools and has to pay the chief trainer during the first year.
For the proteges of Kalangala that would be impossible without financial support, because most children who are taught in the center, do not have parents and are destitute.

The most recent project:

The Center will receive its own pump!

That makes things a lot easier: the path is shorter and the pump is no longer also used by others. In the past this had led to problems on occasion, because not all users were handling the pump carefully, but no one had felt responsible except us for maintenance and repair.
So we leave the existing pump to the public and can meet the demand for the center using the new pump. The water is pumped from a depth of 120 m and will be sufficient to supply the center with water. For the operation of the pump either solar technology can be used, or a diesel generator. With solar technology, the center would be independent, but the initial investment will be higher.

Previously it was part of the school day of the students to obtain water in cans from the publicly accessible pump. This had cost a lot of time, but will hopefully be an issue of the past soon.
Also without this pump growing vegetables would only be possible during the rainy season. The rainy season usually lasts 3 months, but in recent years it was only 4 weeks and the grown vegetables withered before they could be harvested. 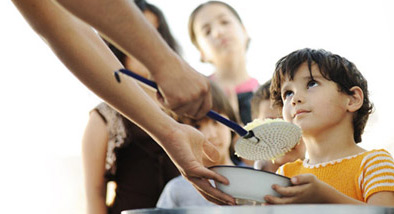 TIS not only has a strong passion for technology, but also puts people first. For more humanity we are committed to supporting different charity organizations.

New developed schematic that shows the TISLG installation in an easy way. Graphic about the infrastructure and interfaces.

All news about TIS GmbH: Review to LogiMAT 2022, new TIS video, partnership with BigMile, Hardware increase in prices and Webinars in July.

Through our partnership with BigMile we are able to offer forwarding companies the calculation of their carbon footprints. Tor this, the calculated telematics data are used.

Meet us at the LogiMAT 2022 in Hall 8, Booth A05. We will present you the most important news to our logistics software and hardware.

Useful functions regarding the time of arrival

The drive to the customer will be finished and the stop processing will be started through the arrival time that is set in the TISLOG app. An essential data for the disposal. In the following we will present you the different ways of setting the arrival status.