The Oetjen Logistik GmbH in Rotenburg (Wümme) have specialized in large area logistics and general cargo and processes approximately 2000 deliveries per day. The company's fleet consists of 150 vehicles, including 40 tractor-trailers.

The Forwarder was looking for a telematics system that supports the optimization of logistic processes. TMS software and mobile devices should work seamlessly together and without system crashes, clear and easy all mobile activities should be displayed on a single interface. Another requirement was the integration of the workflow in the turnover process and on the ramp. The price-performance ratio should be reasonable as well as availability and quality of the customer service. Telematics solutions of the various vehicle manufacturers were discarded after these considerations.

For topnotch order management in national and Europe-wide delivery traffic the Oetjen Logistics GmbH decided to use the mobile telematics solution PSV3® from TIS (since 2015 TISLOG). With PSV3® Oetjen now enjoys overview over the entire supply chain.

Shipments to and from all over Europe are distributed, which are delivered by other carriers.
On the one hand, the transport provider uses the mobile order management software to document the proper delivery of shipments by scanning at the customer’s site. However, it occasionally happens that shipments, incoming for distribution at Oetjen, are already damaged, incomplete or otherwise flawed.

At this point a complete documentation is vital for Oetjen in order to protect the company against compensation claims. Therefore Oetjen already scans incoming goods during unloading of the delivery vehicles.
Any damages are documented by a photograph that is taken with the mobile data terminal and linked as a PDF directly to the shipment data. The delivering forwarder receives an immediate notification of the claim including the photo.

In terms of hardware, Oetjen has decided for the highly rugged Motorola MC65 (since 2015 Zebra) mobile data terminals, equipped by TIS with a specially developed Cradle (car holder) and comprehensive service for free repairs within a period of five years. Thus unexpecteed costs are excluded.

Downloads for this Case Study 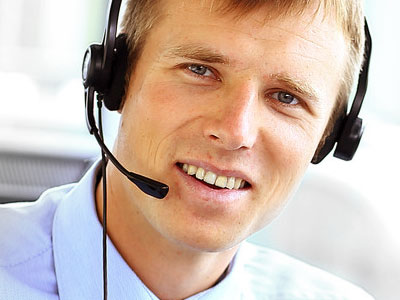 Our data hub, the so-called TISLOG office Enterprise Bus, is the simple solution for forwarding data to different systems. This simplifies your IT landscape and facilitates your work processes. Learn more in this article.

Rescue cards can save lives

The rescue card – initiated by the ADAC – can save lives.
What is a rescue card?
Each vehicle is designed in a different way and all new models nowadays have protective components, such as airbags and reinforced body parts.

Summertime is finally here – with hot sunny days and heat thunderstorms. And because the holiday season has started we will contact you today only briefly with interesting news from the TIS-world.

All mobile devices from our portfolio are ideally suited for use in the demanding everyday environment of the logistics industry.

Always one step ahead:

In order to increase the efficiency of your processes under the name TISPLUS the TIS specialists develop a range of tools and services that relieve your employees and support you in your daily logistics business.

From the first needs analysis to continuous support: We analyze your processes, group components for an optimal fit - or develop new ones - accompany you in the implementation and support you, even once our logistics solutions are in permanent use.