Here you find the most important terms relating to telematics and logistics from D like Digitization in transport, to E like Euro pallet, briefly explained. Please click on a technical term of your choice from the list below to open the definition text. 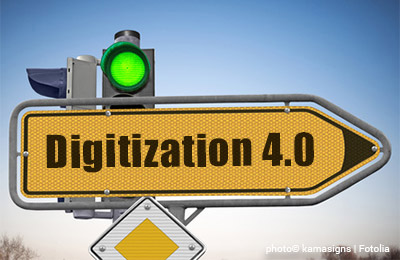 In a broader sense, digitization in transport stands for the conversion from the formerly analogue acquisition, processing and use of information to computer-controlled and managed processes with the help of information and communication technology in logistics.

Today, digitization is connected to the physical world. Both are increasingly mingling and working together in the course of Industry 4.0.

To do this, digital systems have to be intelligent and flexible. Nowadays, digitization in transport can be found at various steps of the transport chain.

Among the products of digitization in transport is also the TISLOG logistics software, which enables the digital recording, evaluation and distribution of a wide variety of data relating to the transport process, thus making it more transparent.

is an initiative of the Federal Ministry of Internal Affairs (BMI) and serves as confidential, secure and verifiable way to send and receive e-mails. The service has now developed into a means of mass communication and is offered by so-called De-Mail providers (private companies).
But it is not only supposed to ensure secure e-mail traffic, important components are also a trusted document storage and a reliable proof of identity. Various shipping methods, such as the De-registered mail, complement the service.
More info on DE-mail, for example at Wikipedia.

DECT stands for "Digital Enhanced Cordless Telecommunications" and it is the digital radio transmission standard for a wide array of wireless connections. This standard is primarily used for wireless land line telephones. It is, however, also used for the wireless transmission of data. DECT's main benefits include high quality voice transmission, high level security, greater transmission range as compared to WLAN, as well as low susceptibility to interference from other radio technologies.

is the warehouse from where the delivery of a shipment to the receiver is processed.

A depot only serves the immediate surroundings and is used to store shipments for different reasons: Consignments can be redistributed again, picked up by receivers or be stored for returns.
Ususally CEP services maintain their own depots.

Difference between Roaming and Handover Expand

First of all, there are some similarities between the two terms: both roaming and handover come from the field of communication technology. In addition, both terms are based on the same technology.

For example, while using your cell phone, you have probably come across both phenomena several times - without noticing very much about them. Even if roaming and handover also occur with devices other than mobile phones (e.g. WLAN telephones) and in networks other than the cellular network (e.g. WLAN network within a company), the easiest way to explain the terms is with the help of the mobile phone example connected with the cellular network.

Roaming
If you have signed a contract with a German mobile provider (e.g. T-Mobile or Vodafone), you can still use your mobile phone to make calls abroad. Regardless of whether you are on vacation in Spain, France or Switzerland - thanks to roaming (to roam: wander around), you can easily use your mobile phone in other countries. For this purpose, your mobile phone provider in Germany has a so-called roaming agreement with a foreign provider and both providers switch the required signaling and data connections between their networks. In this way, you can easily use your mobile phone in a foreign mobile network (international roaming). Such agreements do not only exist between providers in different countries, but sometimes also within one country. O2 has its own cellular network, but this is not nationwide. Therefore O2 has a roaming agreement with T-Mobile, so that the T-D1 network is automatically used if the O2 network is not available, e.g. in rural areas (national roaming).

Handover
Handdover, on the other hand, does not refer to a process between two communication networks, but to a phenomenon within a network. A cellular network consists of many transmission masts, the base stations. Each base station covers a certain area, this is the so-called radio cell. Your cell phone usually registers with the nearest base station. If you now move from location A to location B with your mobile phone, you may leave your original radio cell and come into the radio range of another cell. However, your telephone or data connection will not be disrupted during your transition from one radio cell to the next, because with the help of handover, the login to another base station takes place in the background without you noticing. But not only the movement of a mobile phone subscriber requires a handover from one radio cell to another. The overload of a radio cell or a very poor reception quality within a radio cell also lead to the subscriber being logged into another base station. The handover can also take place in other communication networks: what the base station is for the GSM mobile network, the access point is for your WLAN or DECT network.

is used in groupage freight logistics and occurs in the turnover of goods. The product is unloaded from a truck in the receiving depot and immediately redistributed, for example by forklift, without stops or temporary storage to another truck. For this process, the use of a TMS is indispensable. The goods are registered by scanning and identified by the TMS. The TMS then informs the depot employees which truck must be loaded with the received goods.
The TISLOG software by TIS supports these logistics operations with add-on modules, which for example can be used to document damages or shortages directly during the reloading process.

In direct traffic goods are transported from the consignor to the receiver without reloading. Thus goods can be transported directly to a receiver on an optimum route. This saves time, but is often also associated with higher transport costs. Direct traffic is found mainly at partial and full loads or courier services.

serves the organization/ planning of orders with current performance requirements to the available resources. TISLOG office Infodesk, our browser-based TISLOG Internet portal for the visualization of data exchange between mobile workers and headquarters supports your dispatchers with the optimized utilization of your capacities and monitoring of your logistics processes.

Maybe you've experienced the following: When you are on the road and you access the Internet via your mobile phone to "surf" the Internet you are using GPRS. GPRS offers the same connection speed as a modem that you would use at home (max. 57 kBit/s). Due to the fact that UMTS, the faster alternative for mobile Internet and e-mail (384kBit/s), is not available everywhere, EDGE could be a real alternative. T-Mobile sounded the starting shot for EDGE in Germany at the 2006 CeBIT. T-Mobile is presently conducting field tests with EDGE. As soon as the mobile radio operators base stations support EDGE technology and you have an EDGE supported mobile device (mobile phone, PDA, etc…), you will be able to take advantage of EDGE’s faster transmission rates (64 to 128 kBit/s) as compared to GPRS for mobile Internet.

Currently EDGE has been implemented in 75 countries. Due to the fact that most European countries are implementing UMTS in the near future, EDGE will most likely only play a minor role. In countries, such as the United States, in which the UMTS licensing process is taking its time, EDGE could become an interesting and attractive alternative.

In trade and in warehouses merchandise management systems are used to handle order computer-controlled and automated. The software captures stocks and flows of goods. Thanks to the ERP system, the user always has the overview of the number and type of items sold and existing inventory in the warehouse.
The correct and full capturing of goods is a prerequisite for a functioning ERP system. This is done by humans, often by scanning.
With the Terminal Emulation Wavelink barcode scanners can access the ERP system directly.

ERP (Enterprise Resource Planning) defines the process by which enterprise resources are optimally allocated (capital, working assets, or personnel). ERP systems are comprised of complex application software to support the resource planning of an entire enterprise.

is used in the transport sector and subject to policies, standards and labeling requirements with regard to dimensions, weight, manufacture and repairs. Its dimensions are 80x120 cm and is accessible from four sides for forklift or forklifts (pallet trucks). 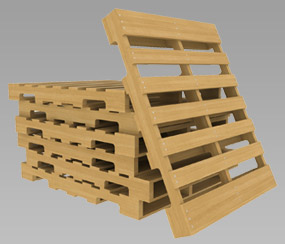 TISLOG logistics software for the road, the warehouse and your headquarters integrates mobile workers seamlessly into your IT infrastructure. Simplified, faster logistics processes and reduced error rates optimize service quality - for satisfied customers.

At TIS you get everything from one source. In addition to our own developments, we also offer selected software from reputable manufacturers in our portfolio, which perfectly complement our solutions and optimally fit into your IT environment.

Always one step ahead: To increase the efficiency of your processes the TIS specialists developa set of tools and services under the name TISPLUS that relieve your staff and assist in daily operations.

TIS offers you selected hardware that simplifies, accelerates and optimizes your workflows.
All products from our hardware portfolio are ideally suited for use in demanding everyday logistics.